What is Emphysema? – Symptoms, Diagnosis, and Treatment 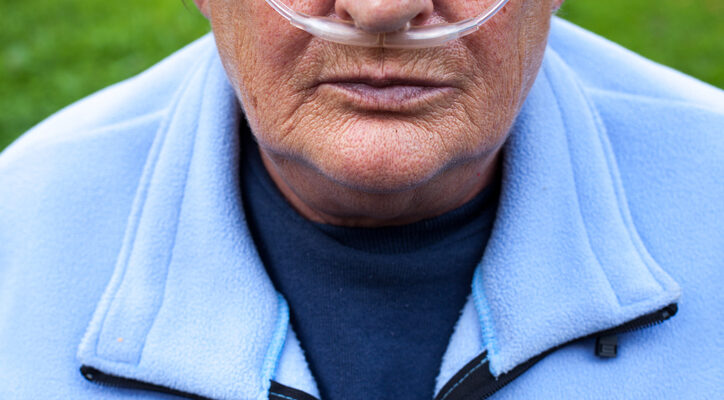 Emphysema is a progressive and chronic lung condition that leads to difficulty breathing, coughing and other symptoms. In particular, those who smoke are at a higher risk of developing these problems. Along with chronic bronchitis and, for some people with severe  asthma, they are features of a broader condition called Chronic Obstructive Pulmonary Disease (COPD). In Australia, this condition will often be grouped into COPD by medical and allied health professionals. According to the Australian Bureau of Statistics, around 4.8% of citizens are diagnosed with COPD, equating to more than 450,000 people. Due to a lack of awareness, testing and progressive onset of symptoms, approximately 50% of those with COPD will not know they have it. This is concerning given that it is the 5th leading cause of death in Australia. However, with proper treatment and proper lifestyle changes, symptoms can be significantly controlled.

What causes emphysema and COPD will often depend on a combination of genetic and environmental factors. Globally, the leading and main cause of this emphysema is smoking. Toxins released from smoking causes inflammatory changes in the lung, including narrowing of airways, damage to the lung's lining, and harms the air sacs. Substantial damage to the lungs affects your capacity to breathe in and out. Other causes of emphysema disorder and COPD also include:

Emphysema is considered a chronic disease and is not considered contagious. However, second-hand smoke can be harmful for the lung health of those nearby.

The inflammatory and destructive changes to the lungs are usually gradual, especially if healthy lifestyle choices are not made (e.g. quitting smoking, exercise, etc.). In the earlier stages, signs of emphysema may not be as obvious. However, over months and years, symptoms can worsen as the condition of the lung deteriorates. Common symptoms associated with both emphysema include:

During the earlier stages of emphysema, the symptoms listed above will only be mild. Many people will feel breathless or experience a persistent cough, especially with vigorous movements, such as playing sports or exercise. However, as the condition is irreversible, symptoms can become more frequent and severe as it progresses. However, specific treatments can help preserve the quality of life and overall health.

The Effects of Emphysema on the Lungs

Even simple daily tasks, such as gardening or even slow-paced walking, can become challenging towards the more advanced stages. Due to the constant inflammation and permanent damage, the ability of the lungs to function normally becomes harder. These gradual changes in the lungs include:

What happens during the later emphysema stages?

As changes in the lungs and symptoms progress, the state of the body's overall health can become affected. Examples of these complications include:

Spirometry is the gold standard test for the detection of emphysema. This test assesses the rate of airflow from the lung. However, results from spirometry alone may not be able to diagnose COPD or emphysema. Other diagnostic tests and considerations can also be used, which include:

Although GPs are able to manage most people with emphysema, a multidisciplinary approach involving multiple health professionals (e.g. GP, respiratory specialist, pharmacist, physiotherapist, etc.) may be recommended. Examples of these treatments include: It's essential to communicate with your GP about emphysema and your current condition regularly. The GP's primary role is to help coordinate and refer to these treatments based on specific needs and requirements.

Although irreversible, those diagnosed with emphysema can continue to live relatively healthy lifestyles.  Early diagnosis and treatment are essential for limiting emphysema and COPD progression, reducing flare-ups and helping prevent hospital admission. However, specific lifestyle changes, such as smoking cessation and regular physical activity, needs to be actioned straight away. Ensure that an action plan is developed with an experienced GP. This ensures that the correct services are sought after to improve outcomes.

Receiving quality care from highly experienced doctors is essential for a prompt diagnosis and receiving the correct medical treatment. With 24-7 Medicare, you can experience telemedicine from the convenience of your own home. Our friendly online doctors will be available 24/7 for a consultation, anytime and anywhere, in Australia.

To make a booking, simply click on "Book A GP".